The New Immaculate Conception (Minus, You Know, the Biblical Significance)

Holy Crap! OK, this may not be the most appropriate opening for an entry with the title of this one, but Holy Crap! I’m pregnant. For real. No, seriously, for real. To use one of the acronyms from the last post, I got a BFP on my blood tests. Friday (5/30), I went in for the first test, and the hCG(human Chorionic Gonadotropin) level was 168. For perspective, they look for a number over 25 to confidently say, “you’re pregnant.” Last time (the only time I got to embryo transfer before), my hCG was 9.5, and then it increased to a little over 11. That’s when they knew I had the chemical pregnancy. I went back on Sunday (6/1), and the level had increased to 271. Now, everything you read online, as well as everything the doctor tells you, says that, every two days, the hCG number should double. So, when it only went to 271, I was a little concerned. That’s when the nurse clued me in on a little secret. She said that they really only expect it to rise by 66%. They just tell people it will double because that makes the math easier! I was at around 61-62%, so she said I was right on track for what they want. 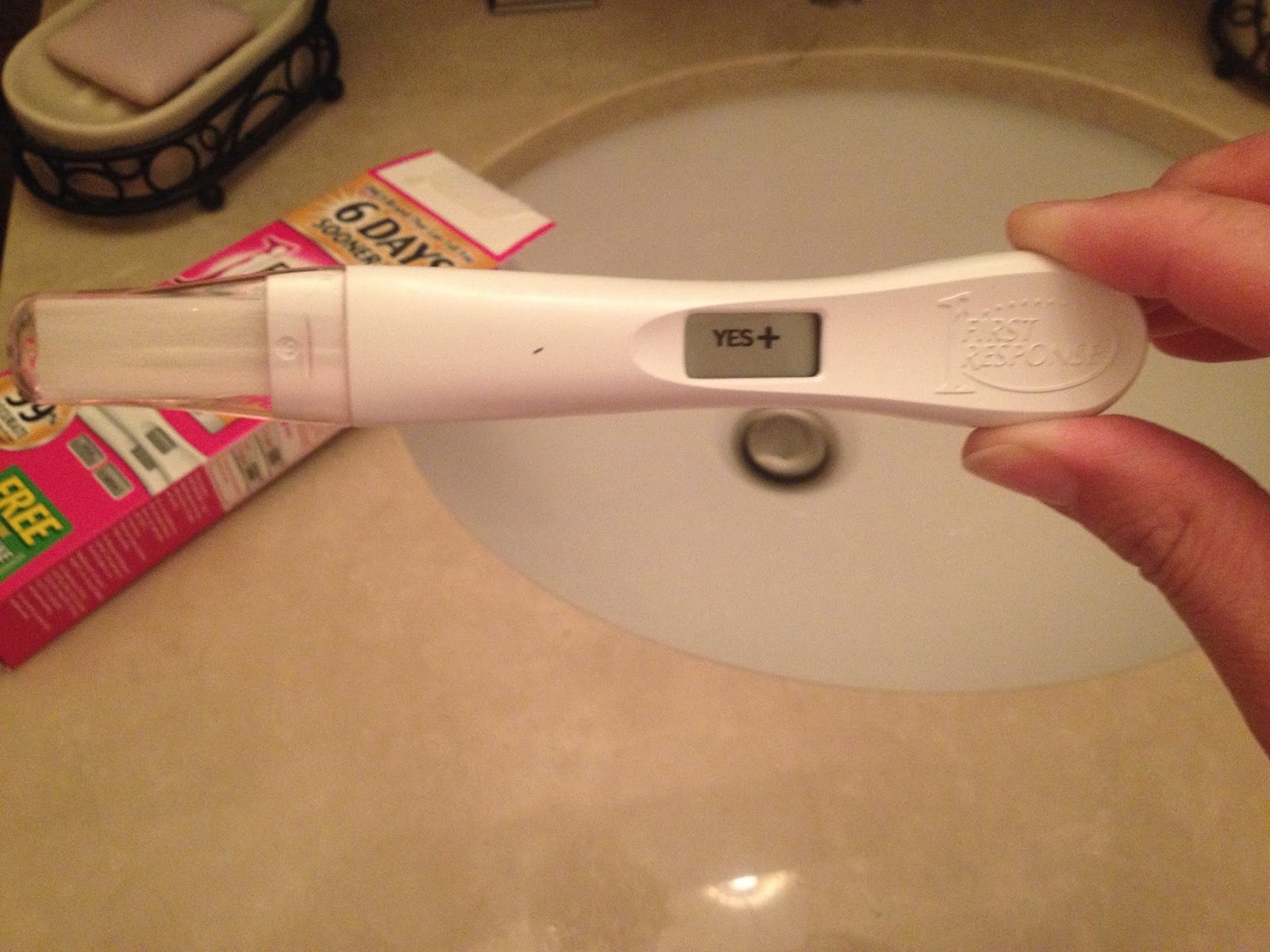 Of course, being obsessive (I think we’ve covered that!), I also took a Home Pregnancy Test yesterday, just to see it for myself. And, yes, it said “Yes+.” So, I’m slowly starting to believe it’s actually true. I’m really nervous though, because I kind of feel like this can be taken away from me at any moment. I’m twisted enough to be praying for morning sickness, just to prove that this is all real. I know, in a week or two, I’m going to be regretting that particular prayer. 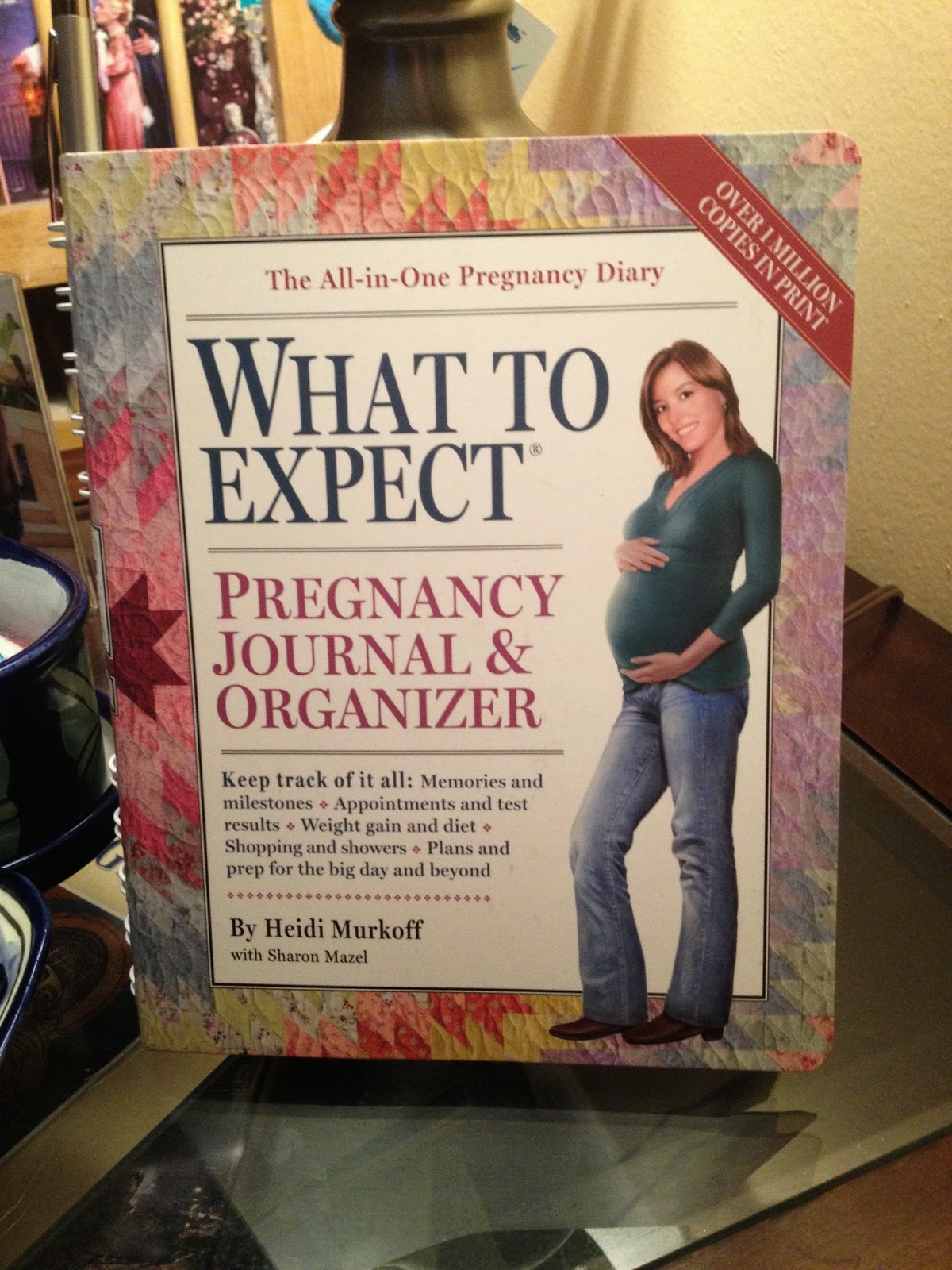 But, like I said, I’m slowly accepting that it’s true, and I went so far as to buy some pregnancy books, first at BookCon 2014, and then at Barnes and Noble. Note to the folks at B&N – pregnancy books are not children’s books. Why the f*** do you have them in the Children’s Section?! The non-fiction, health, self-help sections all come to mind as more suitable alternatives! Anyway, after much searching, I did finally find the books, and invested in the What to Expect series (main book, cookbook, journal). I’m liking it so far. I need to try to get the eBook too, though, since I’ll be traveling.

Back to the day I found out, though. Naturally, the first person I needed to tell was Keith. I wanted him to know first. The problem was that he was in Italy. So, I decided this was worth a long-distance call (didn’t want to text the news). He was really happy, although he did ask about the number, since he went through the roller coaster of the chemical pregnancy with me. After I spoke with him, I called Maria and Lauren – they’ve both been really good about checking in on me, and they both knew the test was that day, so I wanted to let them know directly. Beyond that, the day was a normal day. Again, disbelief played a part (and worry that it would go away), but also, I didn’t really know what else to do. Was I supposed to go out to dinner to celebrate or something? I mean, if there were a hubby in the picture, or if Mom and Dad were still around (I so wish they were!), maybe I would have done that. But, you know, it was just me, so I just stayed home, and had leftovers. Oh, and I completely forgot that I was supposed to go to the kickoff event for BookCon that night – guess I was a little distracted.

So, by now, anyone reading this may be wondering about the title of this entry – or maybe not. I’ve never really made a secret of it, but I guess I haven’t really directly addressed it either. Yes, I am a nearly-40-year-old virgin, who is now having a baby. My virginity is not really a big deal to me. Sex and relationships just never ended up being a part of my life. It’s not like I was “saving it” or anything. I just never really had an opportunity to spend it! And that’s fine. I do sometimes miss not having that connection with someone, but I don’t rule it out as something that will definitely never happen. Maybe it will, although it would take a very special man at this point. And maybe it won’t. And, really, that’s fine. My life will still be complete without a man. It would not, however, have been complete without a child. Luckily for me, in the modern age, I have options.

I know that a lot of people who know me probably suspect the truth about my virginity. After all, beyond one high school boyfriend and a date here or there, they’ve never known me to be in a real relationship, and they would not expect me to engage in casual sex. So, once they get over the baby announcement when it comes, they will then start trying to figure out, “How the f*** did that happen?” And I will simply direct them to this entry. I don’t think this particular revelation will be all that shocking to them in the end. As for people who don’t know me, and wonder how someone can get to my age and still be a virgin, I don’t actually think it’s all that uncommon. I mean, I know it’s not common either, but there are probably more people like me than most people expect. Well, adult virgins, I mean, not Pregnant Adult Virgins!

To be honest, I’m rather curious to know how many other women have done what I have done. I know there are loads of single women who choose to have babies through IUI or IVF, but how many are actually virgins? I wonder if I should ask Dr. K? He’s used to my left-field questions, but this one might really throw him (I don’t honestly know if it registered with him that I was a virgin when we did the original interview).

At any rate, my being a virgin has nothing to do with anything in the end, as far as I’m concerned. It’s just another facet of who I am, but a minor one, really. And, yes, in the strictest sense, this has been an “Immaculate Conception,” since I have never had sex, and now I am pregnant. But it’s all down to science – OK, maybe not all. I do believe there was some divine intervention, and I am convinced that this only took so long because Mom and Dad were looking for the perfect soul (or souls – could be twins!) to send down to me. So, this pregnancy is a miracle, but it’s my miracle. I don’t kid myself into thinking it has any greater significance than me having the opportunity to finally fulfill my dream of motherhood, and to hopefully raise a child/children who will contribute to the betterment of the world around them. And for that, I do thank God, and my two personal angels, Mom and Dad - I did it guys! Now I need you both more than ever! 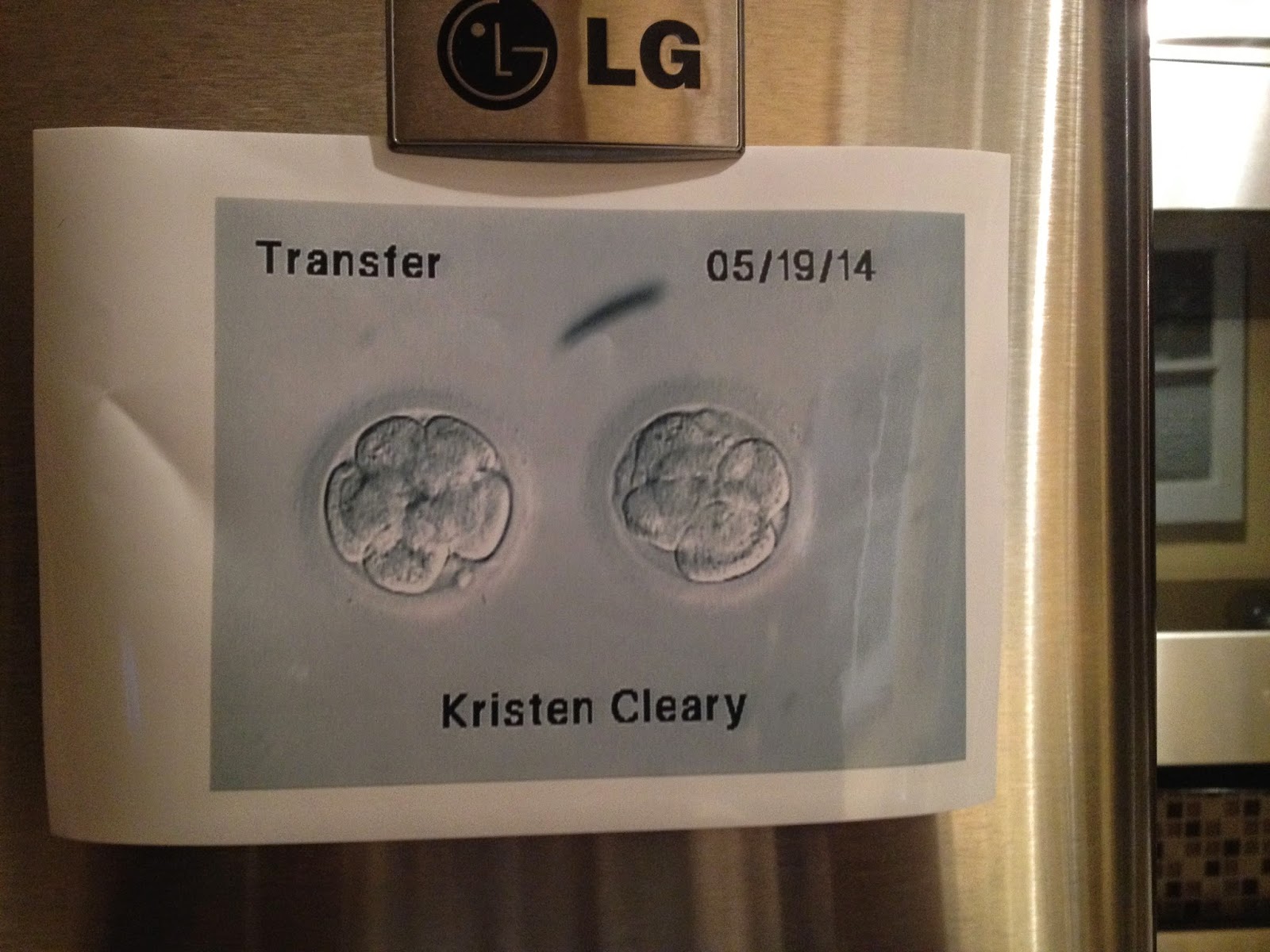 And so do these two!
Posted by Kristen Marée Cleary at 10:30 PM No comments: